A new era is beginning in the history of Müpa Budapest: starting in 2021, instead of the New Orleans Swing Festival, which has gained great popularity over the past 15 years, we will be offering our loyal jazz fans a new season-opening on the last weekend of August. The general idea is similar, the level of quality will remain unchanged, and the programme will be even richer. It's the JazzTime festival!

We will continue to welcome lovers of more traditional forms of jazz to Müpa Budapest on 27-29 August. However, the range of styles will be broader. Friday's opening day will come as a joyous celebration, as the Festival Theatre will finally be ready to welcome back people looking for fun at full capacity. Glittering on the stage at the "Pearls of Swing" concert will be four divas of the genre: Myrtill Micheller, Kriszta Pocsai, Éva Bolba and Eszter Munkácsy, joined by the uniformly marvellous instrumentalists of the BJC Big Band, whose big sound will be supplemented by solos, duets and tuttis.
On Saturday, the music will move to the Atrium stage with the winning singers of the 2020 Jazz Showcase, starting with the Rebeka Nagy-Babos Quartet at 4 pm, followed at 5 pm by Perpētuum, who will show why they became both the jury's and the viewers' favourite. At 6.15 pm, the audience can also dance to the show by the ten-member Funky Wheelers with Ignác Czutor and special guest Orsi Kozma, as these funk-based pop hits both old and new are likely to have an invigorating effect on everyone there. In the Festival Theatre at 8 pm, luminaries of the Hungarian jazz world will pay tribute to the memory of János Gonda, founder of the jazz department and the Hungarian Jazz Foundation, who handed over the baton not just to them, but to everyone in the country's jazz scene.
On Sunday, the principle of thematic programming will bring us another "gal-oriented" concert. In the Festival Theatre, Gabi Szűcs will go through what female figures appear in the literature of jazz standards, and how they become "femme fatales". Joining Gabi along with her regular musical partners at this show traversing various eras will be actress Eszter Ónodi, who will portray the dangerous women in question. 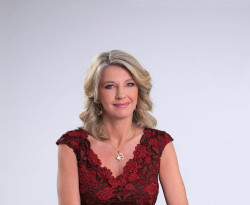 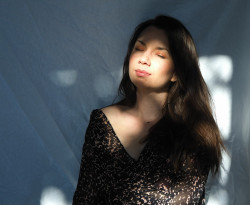 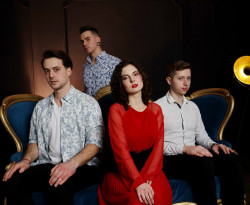 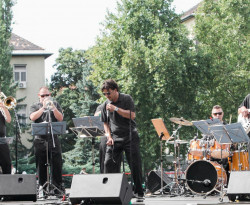 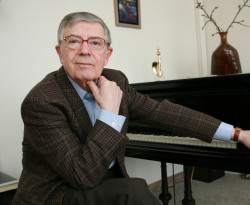 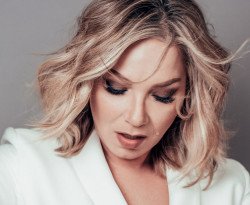