After being forced into a hiatus during the spring, our series of satirical and absurd British films will now staunchly continue, in fact in expanded form, with films of the 21st century.

A new era – with new issues and new doubts East is East and This Is England, for example, both raise questions of identity, something that has since permeated the entire world and grown more relevant in our time than ever. Then there will be films – Snatch and In Bruges – of the sort that revolve around grotesque breakdowns of the law, morality and values. These are satires in which the interpretation of good and evil becomes increasingly murky, so they abstain from even passing judgment. This way, the viewer also gets some work to do. And finally, the end of the world. The World's End and Absolutely Anything, of course, are not a kind of digital apocalypse. Both films star Simon Pegg, perhaps one of the most popular British comedians of our time, in the leading role. Even though the two stories are completely different, their central ideas are quite close to each other: in an over-regulated and self-destructive world, can we actually control our own fates? Or control anything at all? 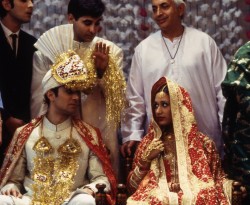 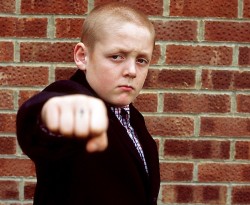 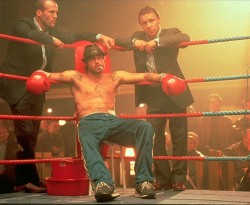